In this newsletter, you will read heart-warming accounts of how three of our residents have made contact with families again after many years of separation, which has brought them great joy.  For now they are being cared for at Rehoboth together with the other youngsters who all have their own stories.  You will read of one member of staff and why he is now working full-time at Rehoboth. You will also hear some of the experiences of a member of the Seaton mission team who visited last October.

To enable this valuable work to continue, ongoing finance is needed.  We are very grateful to those who give regularly and with one-off gifts, and we are pleased to say that as a result of generous gifts received this past year our income equalled our expenditure.  However, to cover increasing costs, especially those relating to our dedicated and expanding staff team, we have approved a 5% higher budget for this coming year which we felt all our supporters should be aware of.  The fluctuations of the exchange rate also have a significant effect on the large amounts of money which need to be sent each month.  We are grateful that God is in control.

Thank you for your interest and the part you all play in giving these Filipino youngsters a hope for the future. Please contact us if you would like further information about donating. You might also like to include a gift to Rehoboth in your will. 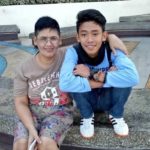 In our 2016 Spring Newsletter, we featured one of our residents, Rodrigo. He had come to us in June 2014 from another residential home after receiving specialized rehabilitation treatment. Since he has been with us, Rodrigo has been desperate to find his family after years of separation, but after many attempts they had not been located. However, on Christmas Eve 2017, he was searching again through Facebook looking for any sign of family members and he came across his half-brother. Through that connection, Rodrigo’s mother’s contact details were obtained and Sherwin, our social worker, was able to contact his mother by phone.

A few days later, on 28th December, Rodrigo and Sherwin travelled by bus to where his mother is now living and they were reunited after nearly ten years apart. His mother was so happy to see her son again and had been longing and preparing for this day. They were able to have breakfast together and enjoy time catching up on each other’s lives, and Rodrigo learned more about his siblings and father, who he has never met.

At the moment, Rodrigo’s mother is not in a position to take care of her son. She was living in a small ‘bed space’, literally renting a bed in a communal room, but at the beginning of this year moved to larger accommodation so that she can have Rodrigo to live with her soon. She is working in the local market selling frozen food and has set up a stall selling barbecued meat in the evenings. She has promised to try to visit Rehoboth soon.

Rodrigo (18) is currently in Grade 4 at elementary school but in November last year took an acceleration test and if he passes he will be able to move up to High School in June when he goes to live with his mother. I think Rodrigo feels that he did receive the best Christmas present ever; his face says it all – he has been smiling ever since! 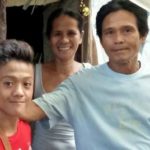 Another one of our residents who we introduced you to in our 2015 Autumn newsletter has also had a much awaited reconciliation. Vince (15) who joined us two and a half years ago, was abandoned by his father after his mother died and was left in the custody of his elderly and sickly uncle when he was about 7 years old. He was referred to Rehoboth in 2015 as his uncle could no longer look after him. Vince was not in school and was being affected by a lot of bad influences in the local community. After only a few weeks of coming to Rehoboth, Vince’s uncle sadly died leaving Vince feeling vulnerable and alone.

Over the last year, Sherwin, our Social Worker, worked hard to finally locate Vince’s father and make contact with him. Vince was able to start communicating with his father again by phone and social media and then this December met his father after 8 years and was able to spend a week with him and his new partner over New Year. We are praying that their relationship will grow and develop and that in the future they can be together again.

There was good news recently too for Irwin (16) who lost contact with his family after his father was killed and he and his brother ran away from home. After living on the streets with his older brother, they were picked up by the police and sent to various institutions. They were  separated at  one point  and  Irwin,  after  receiving  rehabilitative  care for a year, was transferred to us in June 2016 to continue his education. Unbeknown to us, his family had been searching high and low for him and had even put adverts up near their home and where they used to live, asking for any information on his whereabouts.  At the end of last year he was spotted by one of his relatives in a photo on Facebook and not long after that contact was made and Irwin was reunited with his family. His mother is working abroad at the moment but after his graduation from elementary school in April this year he too will finally be able to go home. 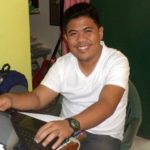 Hi everyone, here I am again working as full-time social worker at Rehoboth Children’s Home. I decided to resign from my previous job as a community worker for the Department of Social Welfare and Development (DSWD). For almost three years and one month I was working with them, and now I see the people there empowered so I think my work is finished with them for now. I still have the chance to visit them as a volunteer working within their newly formed women’s group organisation. Saying goodbye is not easy for me because of their support and cooperation but I need to let things go for them to become self-reliant.

I returned to Rehoboth because maybe I still have a mission and purpose here. I don’t know how long I will be here full-time, but for now, I am happy working with lovely and supportive staff, and we are treated as one family. I am also excited to work with some of our children who are looking for their family and for possible re-integration. Also, working on the challenges we are facing with our children and how to deal with our residents, collaborating and cooperating with my co-workers.

Four words that I always share with the houseparents and children at the boys’ house are love, communication, trust, and security. For the children, they have to treat their staff with respect and they have to feel that they are loved. Communication I could say is something we could always improve on: better monitoring and feedback and learning how to deal with the children to encourage them to be more open with each other. Trust in co-workers and children to establish harmonious relationships with cooperation and collaboration. And last of all, security: our children should always feel loved and cared for, protected and not neglected.

So at the start of this new year, I hope to have more time for the children here at Rehoboth, for my studies and also for my family. I am looking forward to this wonderful year with love, better communication, trust, and security. 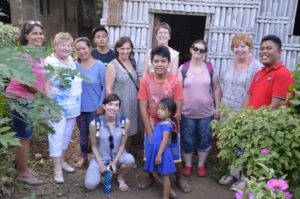 My trip to the Philippines changed the knowledge I had from words and pictures into a reality of sounds, smells and life.  Until we arrived I could not relate to or understand the experience ahead.  It took a few days to adjust to the time difference, new routines and new people.

Although I didn’t feel I went out with any expectations, I obviously did.  I had expected to be busier and more active during our time there.  Even though we spent a lot of time with the children (which was great), it was a very laid back fortnight.  It was great to see how the older children (young adults) helped and supported the younger ones in the garden, at meal times and on the trips out.  I really enjoyed the day trip in our small groups to Camiling.  This helped those of us that had come for the first time to connect with a few of the children and at the same time experience local life. 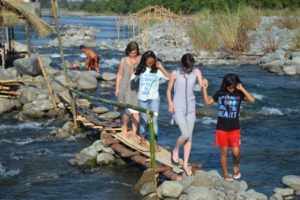 Another memory was the camping trip where we could have the same experience as those we came to serve.  It allowed us to see how blessed we are back home.  The things that we take for granted, we should be more thankful for.  We could not have asked for more when it came to the kindness and generosity shown from the day we arrived until the day of our departure.  I enjoyed working in the garden, sports afternoon and walking the dogs.  The extra trip on the second Sunday afternoon out into the countryside that was put on for the team was so much appreciated.  It gave us a fuller picture of the surrounding area.

The whole time spent with the team at Rehoboth was only a glimpse of life in the Philippines but a well worth glimpse.  Thank you to all the staff, volunteers and children for making my first mission trip an amazing experience.                       Aileen Nisbet (Seaton Mission Team, October 2017) 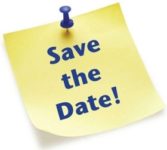 COME AND JOIN US!